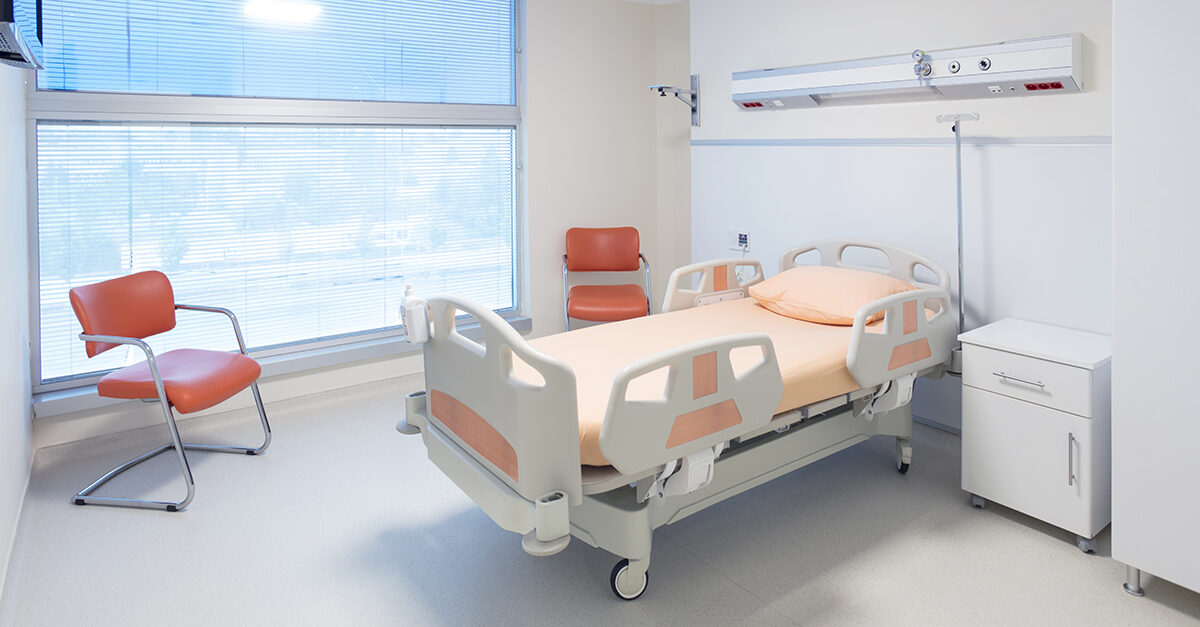 Health care-acquired infections are a big problem in hospitals that can often be curtailed by simple procedures. Jack McGurk, president and CEO of Systems Improvement Initiatives Inc., offered a possible solution that has been studied in a California hospital in his educational session Impacts of the Hospital Patient Care Zones at the 2020 ISSA Show North America Virtual Experience.

The study was initiated at St. Joseph’s Medical Center in Stockton, California, by McGurk and Environmental Services Manager Michael Thomas.

Although McGurk found in a previous study that more than 96% of environmental services (EVS) staff at six California hospitals realized that how well they did their jobs affected the health of hospital patients and staff, almost half admitted they didn’t clean around the patient bed and overbed tray area. This lack of cleaning was not due to laziness, forgetfulness, or lack of awareness about the importance of cleaning. The chemical solution hospital officials had chosen due to its quick and efficient pathogen kill rate had a strong chlorine smell and patients had complained about the odor. So, staff either didn’t clean around patient beds, or diluted the product so much that it was no longer effective.

Hospital officials decided a change was needed to ensure high-touch areas in patient rooms were thoroughly cleaned and disinfected. Investigators in an earlier study had marked several high-touch areas in a hospital room with invisible fluorescent markers before EVS workers went in to clean. After EVS staff finished, the investigators inspected these areas with a black light, discovering that the markers remained on about half of these surfaces, signifying they were not thoroughly cleaned. These high-touch areas included the doorknob, overbed tray, bed rails, nurse call button, and phone.

Hospital officials decided these areas, along with hand sanitizer dispensers, needed additional cleaning and began a study using volunteers. The volunteers were given a packet of accelerated hydrogen peroxide wipes to clean these areas every day. The wipes were chosen as they were safe and ready to use with no pungent odor.

The hospital found its Hospital Consumer Assessment of Healthcare Providers and Systems (HCAHPS) scores were higher once volunteers began wiping these high-touch areas. However, the study was interrupted by the COVID-19 pandemic as volunteers were no longer allowed in the hospital.

McGurk said the study will resume when the pandemic is over. However, he feels there was enough evidence from the study to recommend that hospitals implement the use of hydrogen peroxide wipes in patient rooms by EVS staff and other workers. For instance, food service workers can use the wipes to clean overbed trays before they give patients their meals, management staff conducting rounds can wipe bedrails, and nurses can wipe down surfaces when they attend to patients.

McGurk offered another recommendation to help stop the spread of infectious diseases in hospitals. As health care workers encourage patients to walk instead of staying in their beds all day, patients are given socks with rubber grippers on the bottom. McGurk suggests hospitals give patients two pairs of socks. “They can have red socks with no grippers for when they’re in bed. Red rhymes with bed,” he suggested. “And they can be given green socks with grippers for when they’re walking around. Green signifies go. This can prevent patients from bringing dirt from the floors into their beds and into the operating rooms.”