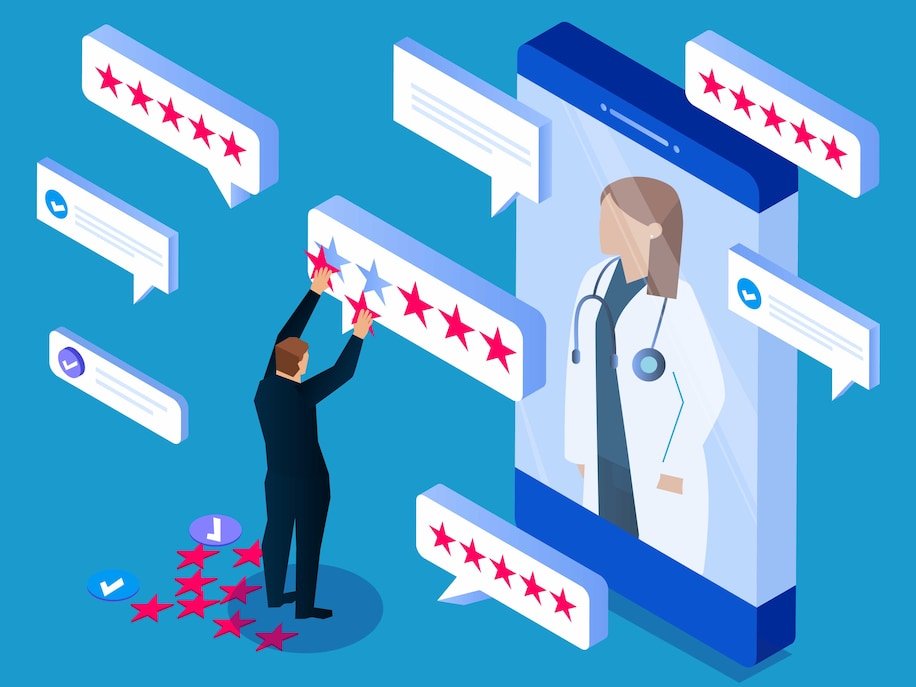 Fake patient reviews are making it increasingly hard to seek medical help on Google, Yelp and other directory sites

Topic: Fake patient reviews are making it increasingly hard to seek medical help on Google, Yelp and other directory sites

From rehab centers to family doctors, patients trying to find good medical care are increasingly finding fake consumer reviews — and there are no signs of an imminent crackdown.

Patricia Limbaugh was desperate to find care for her husband, whose drinking had spiraled out of control after the death of one brother by suicide, another from a heart attack, and a lot of stress at work. They had tried a rehabilitation program recommended by a hospital near their home just outside Nashville, but neither of them was happy because the facility refused to let them communicate. “That’s when I started Googling alcohol treatment centers,” said Limbaugh, “cause I thought I’ve got to get him out of this place and get him somewhere else.”

Limbaugh’s search in the early spring of 2019 brought her to an addiction treatment facility called The Center, A Place of Hope in Edmonds, Wash. The facility had glowing reviews on Google like this one from a Jeremy Maria: “I don’t know if I have words enough to truly express my gratitude to each and every member of my team.” Another review by Devin Lindsey cited specific staff members: “I’ve had lightbulb moments with Justin Hartfield, Lisa Chinn, and Lynsey Isaacs and all have been helpful in my improvement of self-worth, skills and tools to take with me.”

Limbaugh and her husband flew to Washington state, and he checked in on April 11, 2019. But after he got home from the 30-day treatment regime, her husband confessed he drank while he was there. “The housing was off-site from the facility,” Limbaugh said. At the end of each day, she said, “he would go and have a nice meal, a couple of glasses of wine and, or he’d get a bottle. And so, he drank the whole time he was there.”

The Washington Post asked The Center about each of Limbaugh’s claims. In an email, Tom Lether, an attorney for The Center, would not respond specifically to her charges, saying only: “The Center strongly disagrees with these allegations.”

Limbaugh said she felt taken in by the reviews. “I felt deceived,” she said.

It turns out that the reviews she relied on from Maria and Lindsey — and dozens of others on The Center’s site — were fake, according to separate analyses conducted by Google and the review site Trustpilot after they were approached by The Post.

Fake Review Watch, a consumer watchdog site founded by former fraud investigator Kay Dean, had initially discovered the fake reviews and shared them with The Post. The Post then shared the reviews with Google and Trustpilot.

Although Limbaugh thought she could trust the reviews on a health-care provider’s site, she had stumbled upon a problem created by a convergence of forces: a public that has come to rely on consumer reviews for almost everything including medical care; a robust industry of global review fraud; competition among physicians; large Internet companies with minimal incentive to weed out that fraud; scattershot disciplinary actions by professional medical bodies; and lax enforcement by government agencies.